As Minnesota is one of the states in which PAN does on-the-ground campaign work, we send out regular updates on PAN and partners' work in Minnesota and beyond — from pesticide-related science to opportunities to take action. If you'd like to receive these updates via email, sign up here.

Editor’s note: This newsletter, sharing policy updates from the Minnesota legislative session, was drafted before Daunte Wright was shot and killed on April 12 by a Brooklyn Center police officer. PAN is outraged by yet another senseless killing of an unarmed Black man and we stand firmly in solidarity with the Black community and all protesters who are out in the streets, demanding justice. Dismantling systemic racism is central to our work of creating healthy and just food and farming systems for all. If you’re able, please consider supporting Daunte’s family and donating to Minnesota-specific organizations supporting protesters and working toward racial justice.

Hello from the PAN Minnesota team!

There has been incredible movement on pesticide-related bills in the Minnesota House over the past few weeks, but the legislative session is far from over. A look into an Agriculture Committee meeting — which I’m about to share — will give you a sense of how we’re trying to change our systems, the heart-wrenching reasons why we want to change them, and the fear-based tactics the pesticide industry is using to try to stop us.

“The system is an untrustworthy system. Offering each other trust within the system is a way to break it down.” — adrienne maree brown

A couple of weeks ago, I was discussing testimony for an Agricultural Committee hearing with Bonnie Wirtz. Eight years ago, Bonnie and her infant son were poisoned by the pesticide chlorpyrifos on her small farm in Melrose, MN. Her story is shocking — a traumatic experience that resulted in hospital visits, impacting her son’s health permanently and changing the trajectory of their lives.

As we discussed the upcoming hearing about a proposed bill to ban chlorpyrifos in the state, Bonnie asked, “I’ve been waiting eight years for this, do you think it will change things?” I told her that this bill would prevent other families from suffering the same experience she had.

Bonnie’s bravery and poise in the hearing was impressive. She was sharing the worst moments of her life and the infuriatingly minimal recourse — a small fine to the plane operator, less than a month’s rent. In two-minute time limits, Bonnie and others in favor of the ban spoke of scientific data that explains why chlorpyrifos use has been outlawed in four other states and several other countries. Research clearly shows that chlorpyrifos has detrimental health impacts on workers and rural families, including children.

Immediately following her closing plea to legislators and a Zoom room full of complete strangers, a lobbyist for CropLife America (a trade association representing the interests of the pesticide industry) asked the committee how Minnesota farmers could be expected to compete with farmers in neighboring states if the pesticide were to be banned.

In response, local professional pollinator educator Erin Rupp, Executive Director of Pollinate Minnesota, shared some background on the policy landscape and a handful of key bills, including the chlorpyrifos ban, for which we’re pushing public support:

“We know that EPA pesticide labels aren’t protective, and that instead, states can pass their own timely solutions for human and ecosystem health. Here in Minnesota, the bills brought forth in a recent House Ag Committee hearing highlight long overdue steps states can take toward protecting human and pollinator health.

In her recent article in the Star Tribune, Karin Winegar has a good summary:

Despite a stunning suite of testimonies and what felt like strong committee support, most of these bills did not make it to the next step — inclusion in the Agriculture Omnibus bill that was revised last week. Industry had their talking points all lined up in this hearing as well, though delivered pretty dispassionately, in our opinion.

It’s unfortunate that these small steps toward the change we need were left out of the Omnibus bill without discussion, and also telling of the strength of our opposition. But this is ongoing work, and now we’re exerting pressure to keep the House version of the bill. Although — devastatingly — a complete chlorpyrifos ban wasn’t included in the bill, there is language to ban use of chlorpyrifos and neonics on public lands in the Environment Committee’s Omnibus bill.”

Despite this setback, the impact of Bonnie’s testimony was clearly felt. A few days after the hearing, a woman contacted me, sharing her own nightmare experience with chlorpyrifos exposure. She and her two young children were exposed multiple times to indoor spray of this pesticide in a low-income housing unit in St. Paul in the late 1990s.

Additionally, a 9th grade school teacher contacted me last week to talk about her students wanting to bring their concerns about pesticides to their state representatives at the Capitol.

While it can feel wholly overwhelming to fight the monstrous pesticide industry, apathetic government agencies, and elected leaders who have failed to pass more stringent safeguards, the people care and are ready to fight alongside Bonnie for the health of our children and for protection from dangerous pesticides in Minnesota. 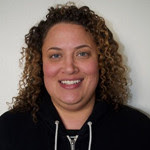 Since the Senate passed their version of the Agriculture Omnibus bill and sent it to the House last night, our place to have influence is now in the conference committee. Email Ag Committee Chair Mike Sundin, and tell him: “Thank you for your efforts, please stay strong and take all the time you need in the conference committee with the Senate to keep the House language in the Agriculture Omnibus bill, including reforms for the use and disposal of treated seed.”

Following the senseless killing of Daunte Wright this week, please, in addition to supporting his family and Minnesota organizations working toward racial justice, email Republican Majority Leader Paul Gazelka. We must demand effective public safety policies that hold police officers accountable, increase transparency, and serve justice. These are measures aiming to protect the lives of Minnesotans and should not be controversial or partisan.

Zoe Holloman, PAN’s new Minnesota Organizer, is joining the organization in October 2020. She is an organizer with over 15 years of experience in Food Justice and Community Food Systems planning and policy, with grassroots groups in New York state and Minnesota. She lives in Minneapolis with her partner Erin, and dog Luci. Zoe is excited to bring her experiences, tools and networks from her work with community leaders, artists, farmers of color and urban and rural communities to her work with PAN. Zoe is also a visual artist and a synchronized swimmer with the Subversive Sirens.

Sign up to receive our action alerts plus the latest news. (Monsanto & Co. wish you wouldn't.)